Skopjian media meltdown as ex-FM says “we are actually Bulgarians, not Macedonians”

The first ever Foreign Affairs Minister of the Former Yugoslavia Republic of “Macedonia” (now known as “North Macedonia”) after the breakup of Yugoslavia in 1991, Denko Maleski, has caused an outraged in Skopje’s media.

As Republika wrote, Maleski “continues to denigrate Macedonia and the Macedonians.”

“A few days ago in a column he stated that Macedonians and Bulgarians were one people and that the Ilinden Uprising was an ordinary ‘revolt; of the Bulgarian population. Maleski in a statement to Bulgarian media now says that Gotse Delchev and Krste Petkov Misirkov were Bulgarians,” said Republika.

“When asked by the journalist what Gotse Delchev and Misirkov were, Maleski said that there are no doubts that they were Bulgarians,” meaning not “Macedonians.”

So what was the Ilinden Uprising?

The Ilindin Uprising was a Bulgarian revolt in the land we now call “North Macedonia” against the Ottoman Empire for independence, or at the very minimum, autonomy.

Despite historical revisionism from the usual suspect, there is little doubt that Delchev considered himself and his revolutionary comrades as Bulgarian and not a mythical separate “Macedonian.” Delchev is known as one of the most important figures in the Bulgarian struggle in Macedonia against the Ottomans.

Misirkov was another figure who identified as Bulgarian, but had conflicting thoughts on whether Macedonia should join Bulgaria or remain independent.

In another scathing statement that sent Republika into a frenzy, Maleski said “We are past the time when Macedonian history was protected by the powerful Yugoslav federation and could, without pressure, selectively choose the building blocks of the Macedonian nation, and could cross out the mentions of ‘Bulgarian’ and write ‘Macedonian’ instead”. 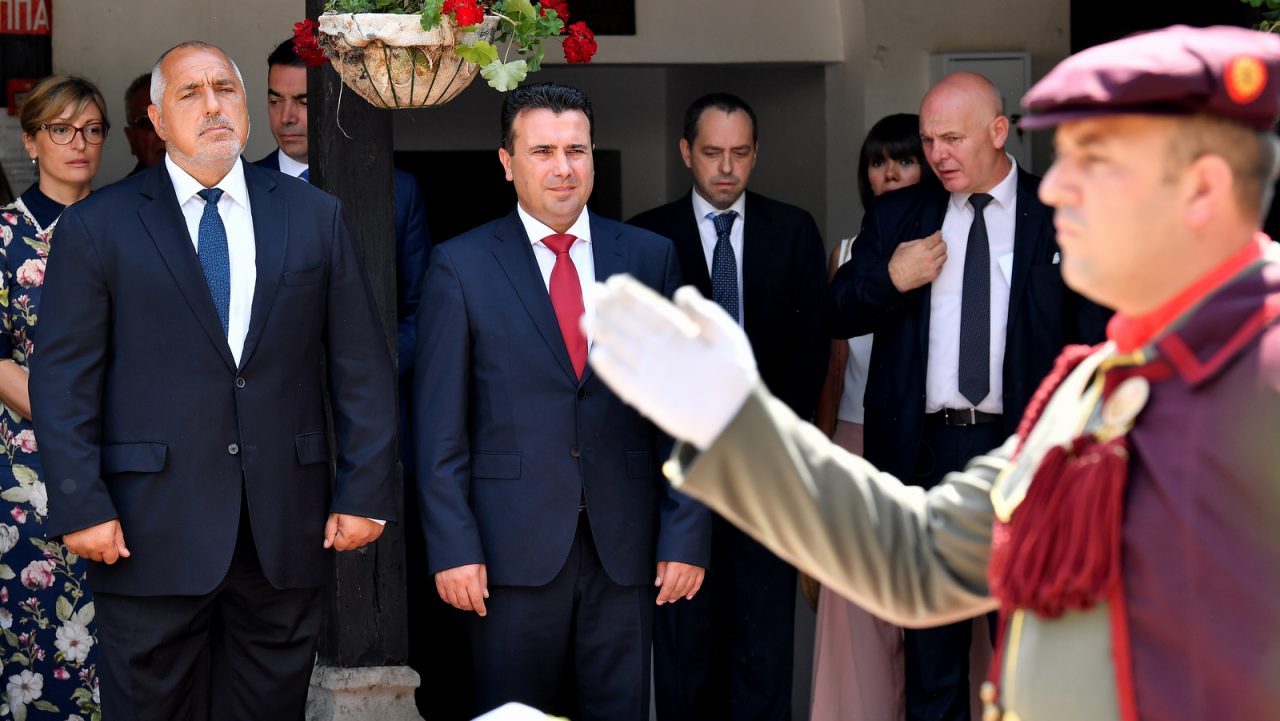 North Macedonia’s officials at the weekend reiterated that they expect a solution to the the logjam with Bulgaria over disputed historical issues, after the Sofia government again accused the country of lack of cooperation and threatened to block its EU accession talks over it.

“It is a fact that some of the heroes from the past, like Goce Delcev, are important for both the Macedonian and the Bulgarian people. It is up to the historians to look at this issue and find a way – if nothing else to learn the perspective of the other,” North Macedonia’s Vice-Prime Minister for European Affairs Nikola Dimitrov said on Sunday.

He added that core identity issues like the Macedonian language cannot be subjected to political declarations, but expressed optimism that other things can be resolved through dialogue and in the EU spirit.

He was responding to accusations from Bulgarian Defence Minister Krasimir Karakachanov and Bulgarian MEP Andrey Kovatchev that North Macedonia is only pretending to cooperate with its neighbour on a joint history commission, established to find common ground on historical disputes.

The latest flare-up started on Thursday last week when Karakachanov, head of the right-wing IMRO-Bulgarian National Movement party, accused Skopje officials of avoiding joint history commission meetings, showing they had no real will to engage in a sincere dialogue.

“Ten months ago [North Macedonia] stopped [attending] the work of the commission on history. We have repeated a hundred times in the last ten months that if there is no agreement on these issues, Bulgaria will respond at the first inter-governmental conference [between the EU and North Macedonia, marking the start of the EU accession] talks, until these issues are cleared up”, Karakachanov said on Thursday.

On Friday, as EU ambassadors were due to debate a draft negotiating framework, which North Macedonia hopes will result in a start date for talks this year, Bulgarian MEP Kovatchev, who comes from the main ruling GERB party of Bulgarian Prime Minikster Boyko Borissov, echoed Karakachanov’s threats.

“The contemporary Macedonian identity and statehood cannot be built on denying everything that is Bulgarian, in line with the mythologies and lies from [former Yugoslav leader Josip Broz] Tito’s time,” the MEP said.

The two countries have generally good relations. However, they have sharply different views of the past, which date back to times when Bulgaria claimed Macedonia as part of its own territory.

The two neighbours signed a landmark friendship agreement on August 1, 2017. The symbolic date preceded August 2, which both countries celebrate as the anniversary of an anti-Ottoman rising in Macedonia in 1903, known as the Ilinden [St Elijah’s Day] uprising.

Both countries honour the uprising – which resulted in the formation of the short-lived Krushevo Republic in today’s North Macedonia – as their own.

But a bitter dispute continues over whether leading figures in the rising, including the revolutionary Goce Delchev, who is regarded as one of its masterminds, are to be considered Macedonian or Bulgarian.

A joint commission comprising mainly of historians from both sides has been working ever since the signing of the friendship treaty to bridge this and other disagreements but while some progress has been made, things got stuck last year exactly on the issue of Ottoman-era history.

Another ongoing source of controversy is the nature of the Macedonian language, which some Bulgarian scholars still call a dialect of Bulgarian, arguing that the former Socialist Yugoslavia codified as a separate language “artificially”.

Since the signing of the friendship treaty, Bulgaria has, however, supported its neighbour’s EU accession plans. North Macedonia earlier this year finally got a green light from Brussels to start accession talks.

But Bulgaria is also upping the pressure, demanding a solution to history disputes, and hinting at a possible blockade on EU membership talks unless it gets its way.