Among its revenue sources for the year ending March 31, 2006, the CBC received $946 million in its annual funding from the federal government, as well as $60 million in "one-time" supplementary funding for programming. However, this supplementary funding has been repeated annually for a number of years. This combined total is just over a billion dollars annually and is a source of heated debate. To supplement this funding, the CBC's television networks and websites sell advertising, while cable/satellite-only services such as CBC News Network additionally collect subscriber fees, in line with their privately owned counterparts. CBC's radio services do not sell advertising except when required by law (for example, to political parties during federal elections).

CBC's funding differs from that of the public broadcasters of many European nations, which collect a licence fee, or those in the United States, such as PBS and NPR, which receive some public funding but rely to a large extent on voluntary contributions from individual viewers and listeners. A Nanos Research poll from August 2014 conducted for Asper Media (National Post, Financial Post) showed 41% of Canadians wanted funding increased, 46% wanted it maintained at current levels, and only 10% wanted to see it cut.[24]

The network's defenders note that the CBC's mandate differs from private media's, particularly in its focus on Canadian content; that much of the public funding actually goes to the radio networks; and that the CBC is responsible for the full cost of most of its prime-time programming, while private networks can fill up most of their prime-time schedules with American series acquired for a fraction of their production cost. CBC supporters also point out that additional, long-term funding is required to provide better Canadian dramas and improved local programming to attract and sustain a strong viewership.

According to the Canadian Media Guild, the $115-million deficit reduction action plan cuts to CBC which started with the 2012 budget and were fully realized in 2014, amounted to "one of the biggest layoffs of content creators and journalists in Canadian history." The 2014 cuts combined with earlier ones totalled "3,600 jobs lost at CBC since 2008. The CMG asked the federal government to reverse the cuts[25] and to repeal Clause 17 of omnibus budget bill C-60 " to remove government's interference in CBC's day-to-day operations."[25]

In September 2015, the Canadian Media Guild announced that the CBC planned to sell all of its properties across Canada to gain a temporary increase in available funds. Media relations manager Alexandra Fortier denied this and stated that the corporation planned to sell only half of its assets.[26]

In September 2015 Hubert Lacroix, president of CBC/Radio-Canada, spoke at the international public broadcasters' conference in Munich, Germany. He claimed for the first time that public broadcasters were "at risk of extinction."[27] The Canadian Media Guild responded that Lacroix had "made a career of shredding" the CBC by cutting one quarter of its staff—approximately 2,000 jobs since 2010 under Lacroix's tenure. More than 600 jobs were cut in 2014 in order "to plug a $130-million budget shortfall."[27] Isabelle Montpetit, president of Syndicat des communications de Radio-Canada (SCRC), observed that Lacroix was hand-picked by Stephen Harper for the job as president of the CBC.[27] For the fiscal year 2015, the CBC received $1.036 billion from government funding and took 5% funding cuts from the previous year.[28]

In 2015, the Liberal Party was returned to power. As part of its election platform, it promised to restore the $115 million of funding to the CBC that was cut by the Harper Government, over three years, and add $35 million, for a total extra funding of $150 million.[29]

On November 28, 2016, the CBC issued a request for $400 million in additional funding, which it planned to use towards removing advertising from its television services, production and acquisition of Canadian content, and "additional funding of new investments to face consumer and technology disruption". The broadcaster argued that it had operated "[under] a business model and cultural policy framework that is profoundly broken", while other countries "[reaped] the benefits of strong, stable, well-funded public broadcasters."[30]

Russophrenia - a condition where the sufferer believes Russia is both about to collapse, and take over the world.
Върнете се в началото 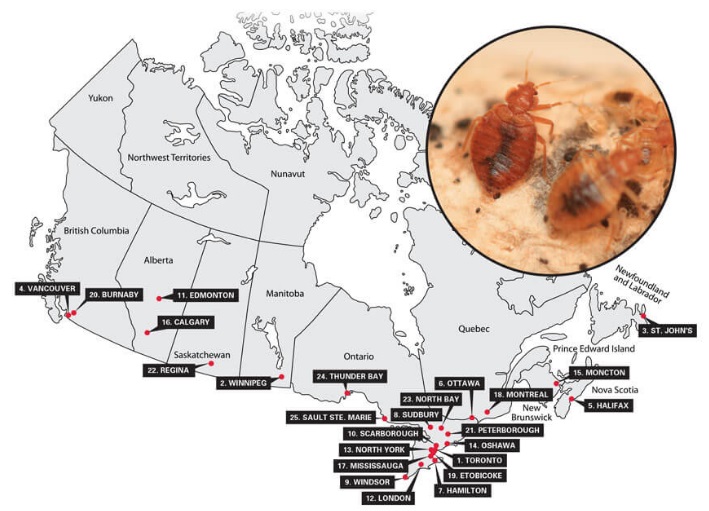