European Commission: Romania does not meet any of 4 economic criteria necessary for adoption of euro


Romania does not currently meet any of the four economic criteria necessary for the adoption of the euro, namely those related to price stability, sound public finances, exchange rate stability and long-term interest rate convergence, shows the 2020 convergence report published on Wednesday by the European Commission (EC).

Romanian legislation is not fully compatible with the treaty, according to the report which includes its assessment of the progress made by non-euro area Member States towards adopting the European currency.

The report covers the seven non-euro area Member States that have made a legal commitment to adopt the euro: Bulgaria, the Czech Republic, Croatia, Hungary, Poland, Romania and Sweden.

Convergence reports must be drawn up every two years, regardless of possible accessions to the euro area in progress.

Joining the euro area is an open process, based on certain rules. The report is based on the convergence criteria, sometimes referred to as the "Maastricht criteria", which are set out in Article 140 (1) of the Treaty on the Functioning of the European Union (TFEU). These convergence criteria include price stability, sound public finances, exchange rate stability and the convergence of long-term interest rates. The compatibility of national legislation with the rules of economic and monetary union is also being analyzed.

None of these Member States meets the criterion on exchange rate stability, as none is a member of the Exchange Rate Mechanism (ERM II): it takes at least two years to participate in the mechanism, without serious tensions, before joining the euro area. Thus, Croatia and Sweden fulfill all the economic convergence criteria, but do not meet the exchange rate criterion for the reason stated above.

In addition to assessing the formal conditions for joining the euro area, the report finds that the national legislation in each of the Member States listed, with the exception of Croatia, is not fully compatible with the rules of economic and monetary union.

At the same time, the Commission examined the additional factors mentioned in the Treaty, which should be taken into account when assessing the sustainability of the convergence. This analysis shows that non-euro area Member States are generally well integrated economically and financially into the EU. However, some of them still face macroeconomic vulnerabilities and / or face problems related to their business environment and institutional framework.

On the basis of the Convergence Report, the Commission shall submit a proposal to the ECOFIN Council, which - after consulting the European Parliament and discussions with the Heads of State and Government - shall decide whether the country fulfills the necessary conditions and may adopt the euro. If the decision is favorable, the ECOFIN Council shall take the necessary legal steps and, on the basis of a proposal from the Commission and after consulting the ECB, shall adopt the exchange rate at which the national currency will be replaced by the euro and which will remain irrevocably fixed.

The impact of the pandemic caused by the coronavirus on the results of the report was limited, as most of the historical data used in the report refer to the period before the outbreak of the crisis, as provided for in the methodology strictly defined in the treaty. The Commission provided all Member States with an initial assessment of the implications of the pandemic in its spring 2020 economic forecasts and its subsequent proposal for country-specific recommendations, both of which contributed to the elements of this report that allows for the outline of a future outlook.

"Today's convergence report shows encouraging progress by some countries, although there are still several milestones to pass before they can join the euro area. As ever, the Commission is ready to support those Member States. One significant stepping-stone on this path is joining the ERM II, which Croatia and Bulgaria are currently preparing to do. We welcome the efforts of both countries towards it," said Valdis Dombrovskis, Executive Vice-President for an Economy that Works for People.

For his part, Paolo Gentiloni, the Commissioner for the Economy, emphasized that in recent months the Commission had focused on combating economic disparities within the euro area and, more generally, in the single market - an effect of the unequal nature of the coronavirus recession.

Today we take stock of convergence towards euro area membership for seven Member States. It's a necessarily rigorous process because an enlarged euro area must also be a stronger euro area. It remains important that countries also work to ensure real convergence towards higher levels of productivity and prosperity - not least through the future-oriented reforms and investments we wish to support through Next Generation EU," he added.

În turn, Prime Minister Ludovic Orban stated that the Government has in view reaching the objectives necessary for Romania to fulfill the accession criteria for the Eurozone, giving as an example, amongst others, the reduction of inflation.

"Obviously, there are five criteria that we must respect in order to join the eurozone. All these criteria are criteria that regard the health of the Romanian economy. I will give an example on the inflation, there is a reduction of inflation that you will note from the data of the National Institute for Statistics. Furthermore, in what regards the exchange rate, it can be seen that, even though we're going through an economic crisis, there is relative stability, if not even stability of the exchange rate, the RON/EUR rate. Furthermore, in what regards the other indicators that we need to observe, we will go forth and follow reaching the objectives necessary so that Romania fulfills the accession criteria for the Eurozone," said Ludovic Orban, on Wednesday, in a press conference at the end of the visit conducted at the Liberty Galati Steelworks.

On Wednesday, the European Commission made public the convergence report for 2020, in which it shows that Romania presently fulfills none of the four economic criteria necessary for adopting the euro, namely price stability, government budgetary position, exchange rate and long-term interest rate, and compatibility of national legislation.


Croatia and Bulgaria could join waiting room to adopt the euro this year, European Central Bank board member Fabio Panetta said, praising the countries’ efforts to switch to the common currency.

His comments in an interview with Le Monde newspaper on Tuesday suggest the process of euro-area enlargement remains firmly on track despite the economic toll wrought by Covid-19. Croatia and Bulgaria rely heavily on tourism.

“Croatia and Bulgaria took bold measures to converge,” said Panetta, who’s responsible for international and European relations at the ECB. “If the process is completed successfully, they could join ERM-2 by the end of the year.”

With countries usually staying in the system for at least two years to prove their currencies are stable, “the first available window for Croatia and Bulgaria to join the euro area would be 2023, if all preliminary assessments are successful,” Panetta said.

Bulgaria and Croatia are the only European Union countries actively seeking to adopt the euro. Croatia this month cleared one hurdles on the way to membership after the ECB said its five biggest banks faced no capital shortfalls.

In its biannual progress report on non-euro member states released last week, the ECB said the coronavirus crisis raises questions about inflation and the health of public finances in both nations.

Prime Minister Andrej Plenkovic said last month that Croatia expects to spend about 2 1/2 years in the euro waiting room before adopting the currency. Bulgaria hopes to be able to join the mechanism along with Croatia by July, its premier said in April. 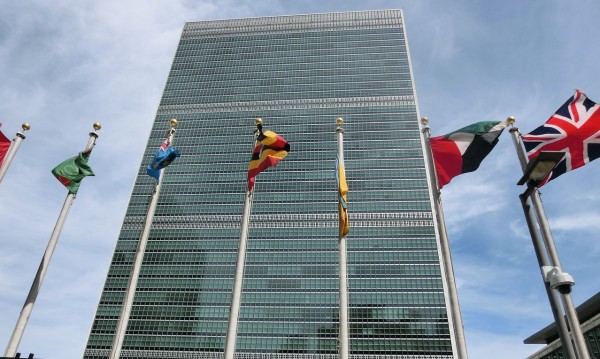